Explore the tales and trails of promise around the California Gold Rush. You may even uncover a fine gold find yourself. This is your chance to hike gold rush history around crystal creek beds and sandy beaches. Wander with us through Del Norte County’s gold country.

THE BEGINNING OF THE CALIFORNIA GOLD RUSH IN DEL NORTE COUNTY

It was early in 1848 when gold was discovered in a Sacramento Valley mill. For almost a decade, more than 300,000 from all over the world descended on California to strike it rich. This frenzied influx would leave an indelible impact on the Gold Coast.

In Del Norte County, prospectors narrowed in on the Smith River. Gold was first discovered in Myrtle Creek in 1853. 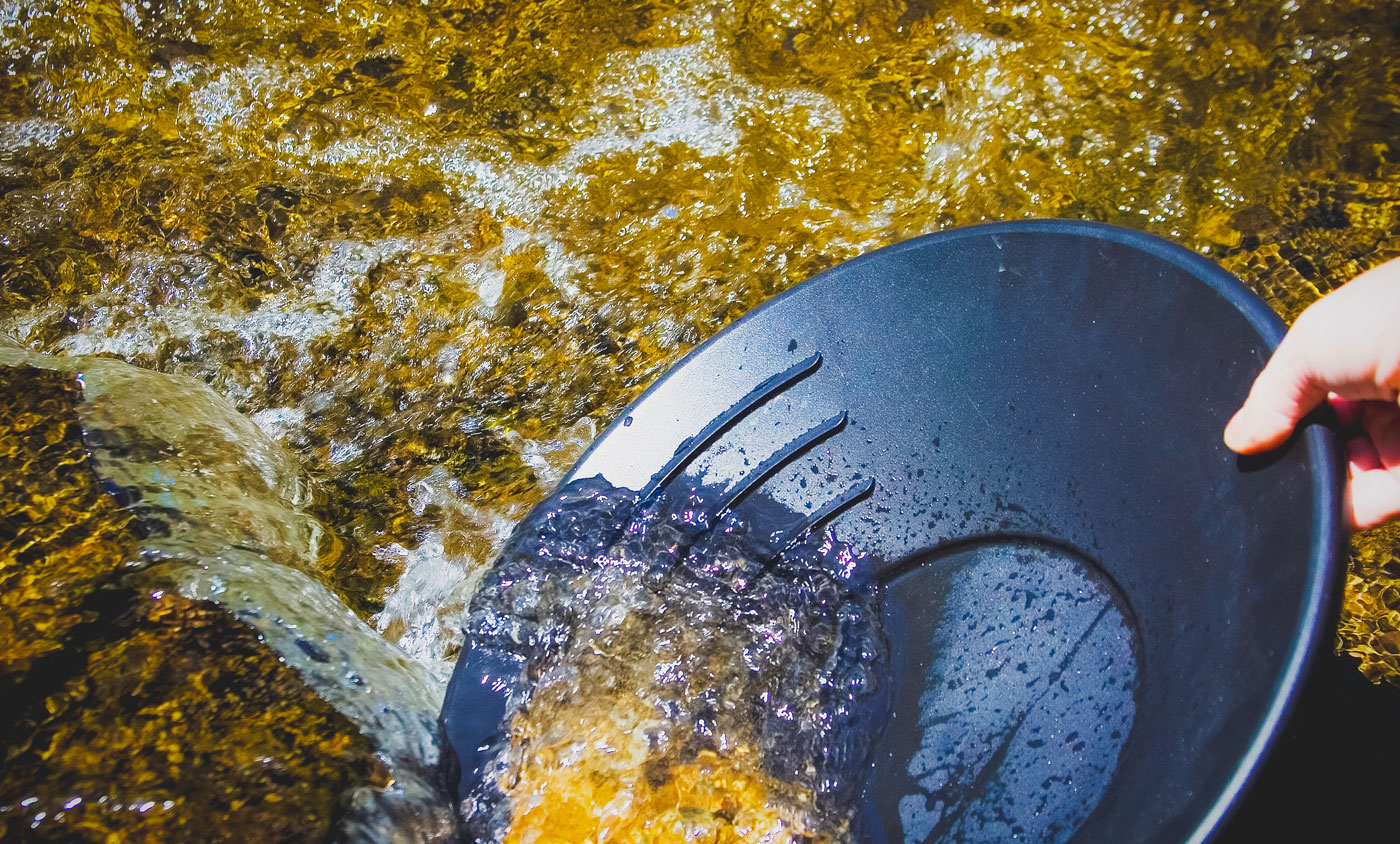 Take a scenic drive along Old Gasquet Toll Road to get a sense for the mining towns and logging settlements that hastily appeared. The town of Gasquet was named after French immigrant Horace Gasquet who built up the area in the 1850s by supporting mining operations with supplies, lodging and logistics. The entrepreneur erected an entire village, including a hotel, bar, general store, blacksmith shop, and winery.

Caravans of mules began transporting supplies and provisions from one town to the next. Prospectors took to the creeks with equipment like “hurdy gurdys,” a water wheel with buckets. But by the late 1860s, mule trains modernized into railroads and the gold mining industry began to die out. 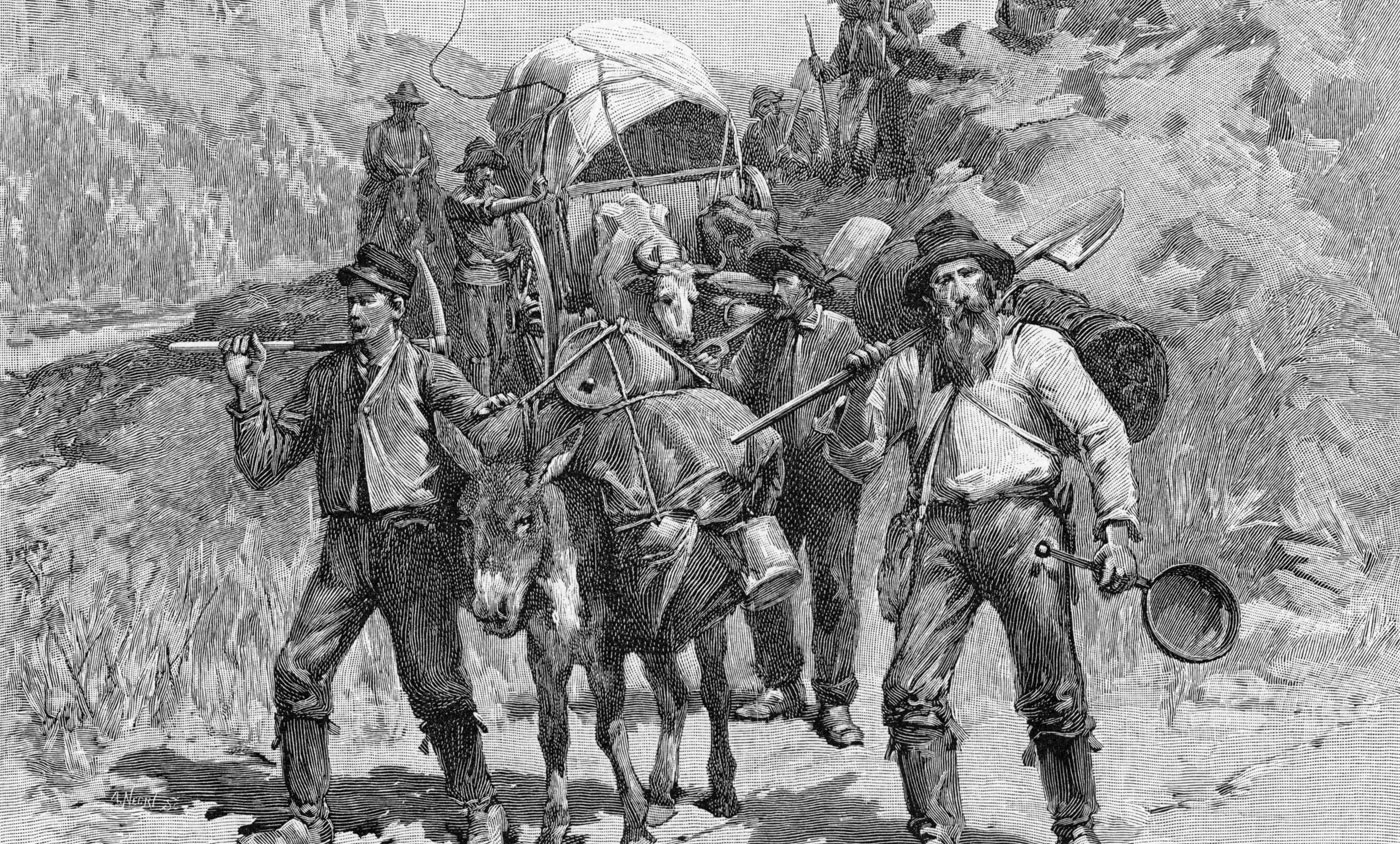 Those caravans of mules had a lasting effect, stamping miles of trails between Crescent City and Fort Jones known as the Kelsey Trail. Rediscovered in 2011, the Old Kelsey Trail has several options. Stroll along rushing creeks and amble through second growth forests on a two, five or seven mile hike. A Channel your inner prospector as you ford the South Fork of the crystal Smith River ( a river crossing is required so wear sturdy shoes and only attempt when the Smith River’s water flow is low). A portion of the Old Kelsey Trail is wheelchair accessible too.

PAN FOR GOLD ALONG THE SOUTH FORK OF THE SMITH RIVER

The Smith River’s South Fork was a hot bed back in the day. Bring a mesh panning dish and see if you can sift through the clear water to take home your own bit of glitter.

For a simple jaunt but with plenty of storytelling, the Myrtle Creek Trail off Highway 199 is the “mother lode.” (Start brushing up on your gold mining terms!) Travel back in time on this easy 2-mile out-and-back. Once gold was discovered in Myrtle Creek in the 1850s, prospectors descended on the area. Some of this history is captured on interpretive signs throughout the trail. You’re more likely to find rich greenery and flowers than gold on the trails these days, but Myrtle Creek still has lovely treasures for you to admire.

Difficult to extract, fine beach gold is still around on some Del Norte County beaches. Increase your changes by following the prospector’s path of the Smith River to its mouth. One way to get there is ambling around coastal marshes and dunes to the shore within Tolowa Dunes State Park. There are several trails that take you to the beach. The 8-mile Tolowa Dunes to the Mouth of Smith River Trail will lead you directly to the magical destination where ocean meets river. The wildlife is abundant and views of the rocky coastline might distract you from your golden errand.