Run, bike, walk, skate, scoot or horseback ride along a trail that strings together rocky beaches, sea stacks, a historic lighthouse, and a wildlife refuge. 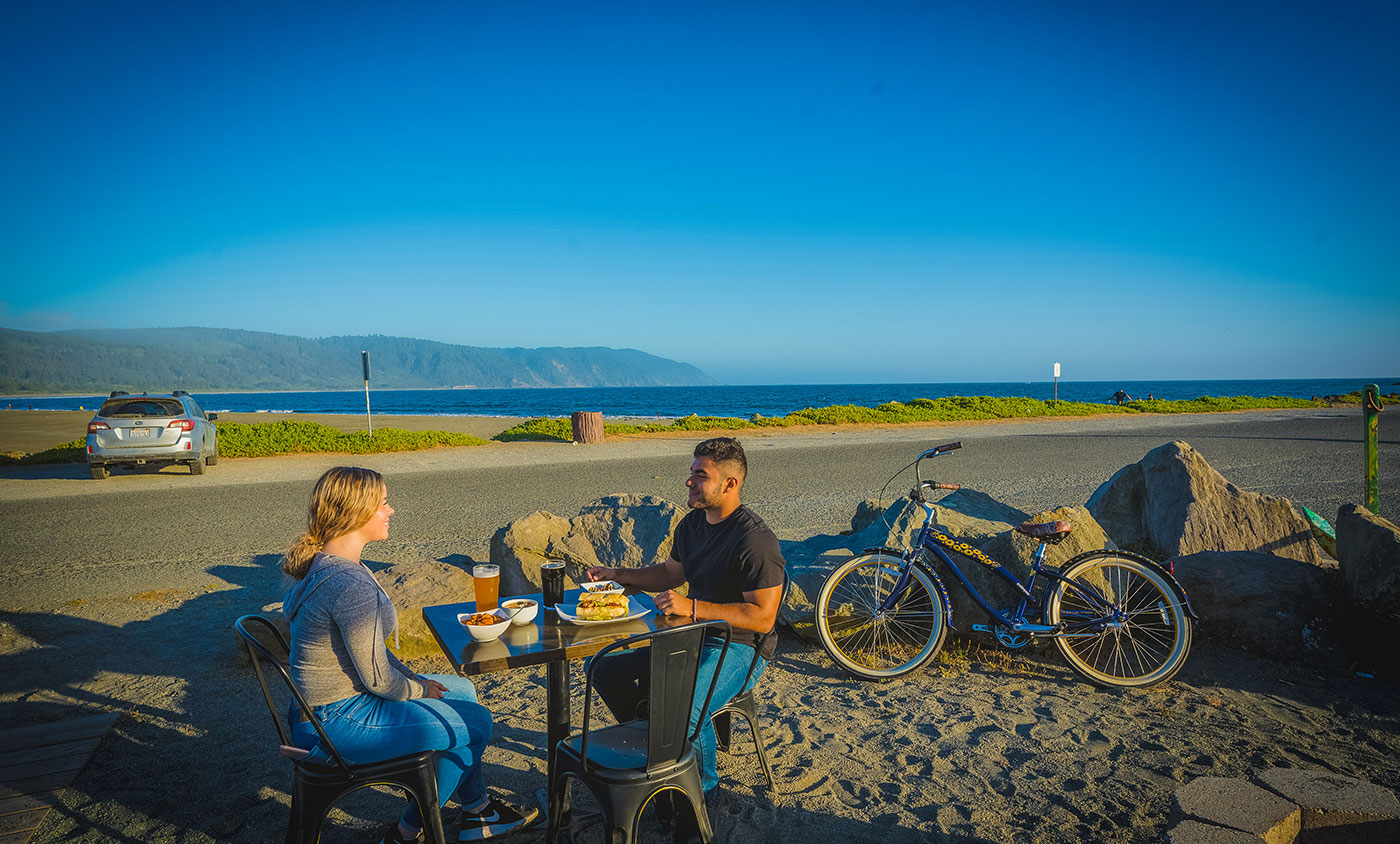 Enjoying an outdoor lunch at Schmidt’s House of Jambalaya at South Beach in Crescent City, California

The Crescent City Harbor Trail is a 6-mile paved trail connector off the panoramic California Coastal Trail (CCT) that begins at South Beach and winds through Del Norte County. Catch your breath at a scenic overlook and admire wildlife. Refuel with a bite, a tasty beverage or sweet treat. There are many stops – and sights – along the way to enjoy.

STOP FOR SNACKS & THE SIGHTS AROUND THE CRESCENT CITY HARBOR AREA

The Harbor Trail starts at the wide, sandy shores of South Beach. Look for agates and sand dollars as you stroll. Head over to the marina and cool off with some ice cream at the seaside Schmidt’s House of Jambalaya. Devour some fish and chips at Fisherman’s Restaurant & Lounge. For the freshest seafood in the city, stop at Crescent Seafood for their famous fish tacos, huge coconut prawns or fresh Dungeness crab. Try the clam chowder and Blood Mary at the Chart Room while admiring sunbathing sea lions. For an even closer look at these delightful creatures, wander through the Crescent City Harbor’s marina. You’ll see fishing boats of all kinds plus a perennial colony of sea lions. Along the marina, there is a man-made jetty called Whaler Island. To feel like you’re walking on water, wander down the jetty as it juts into the Pacific for half a mile. 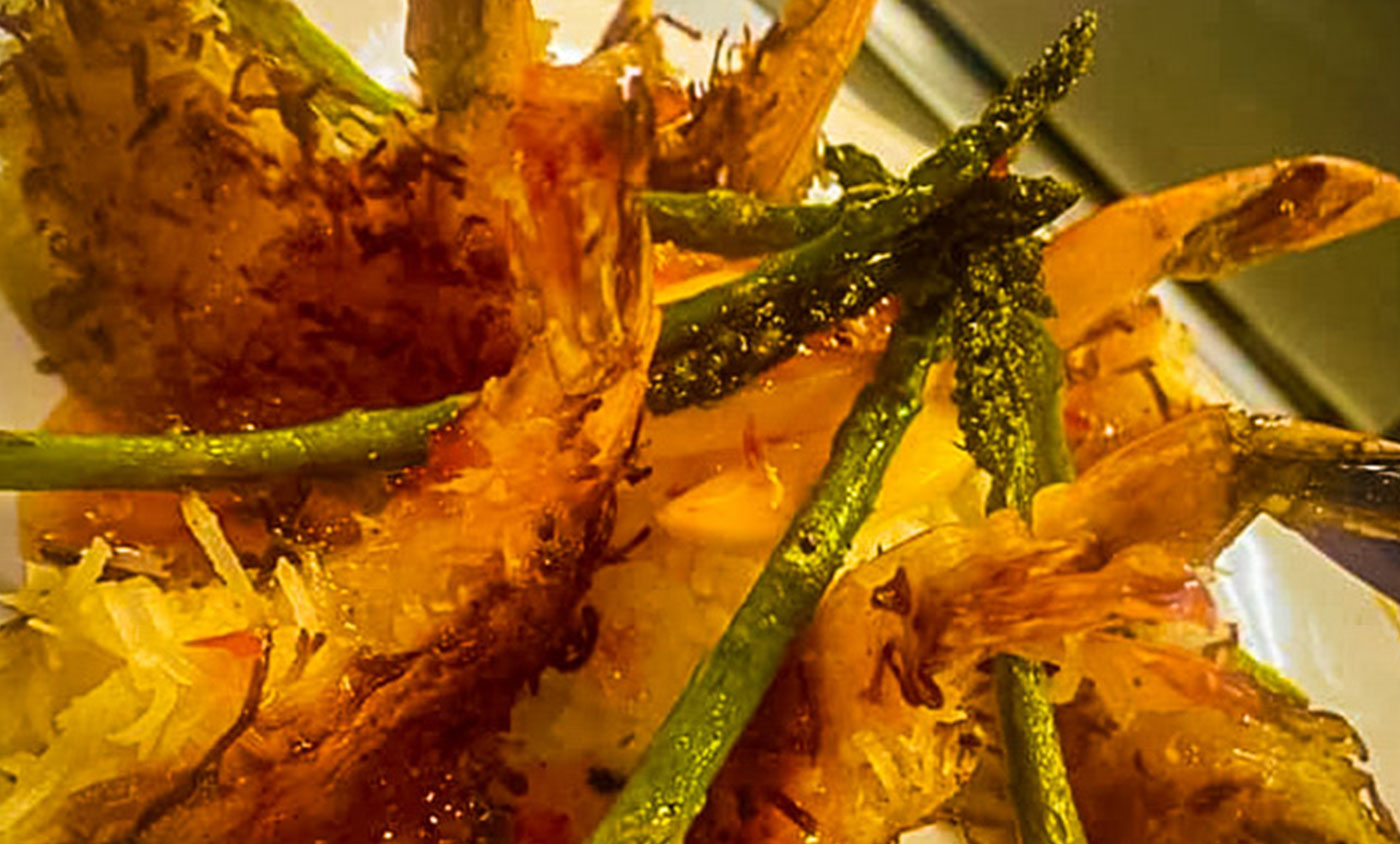 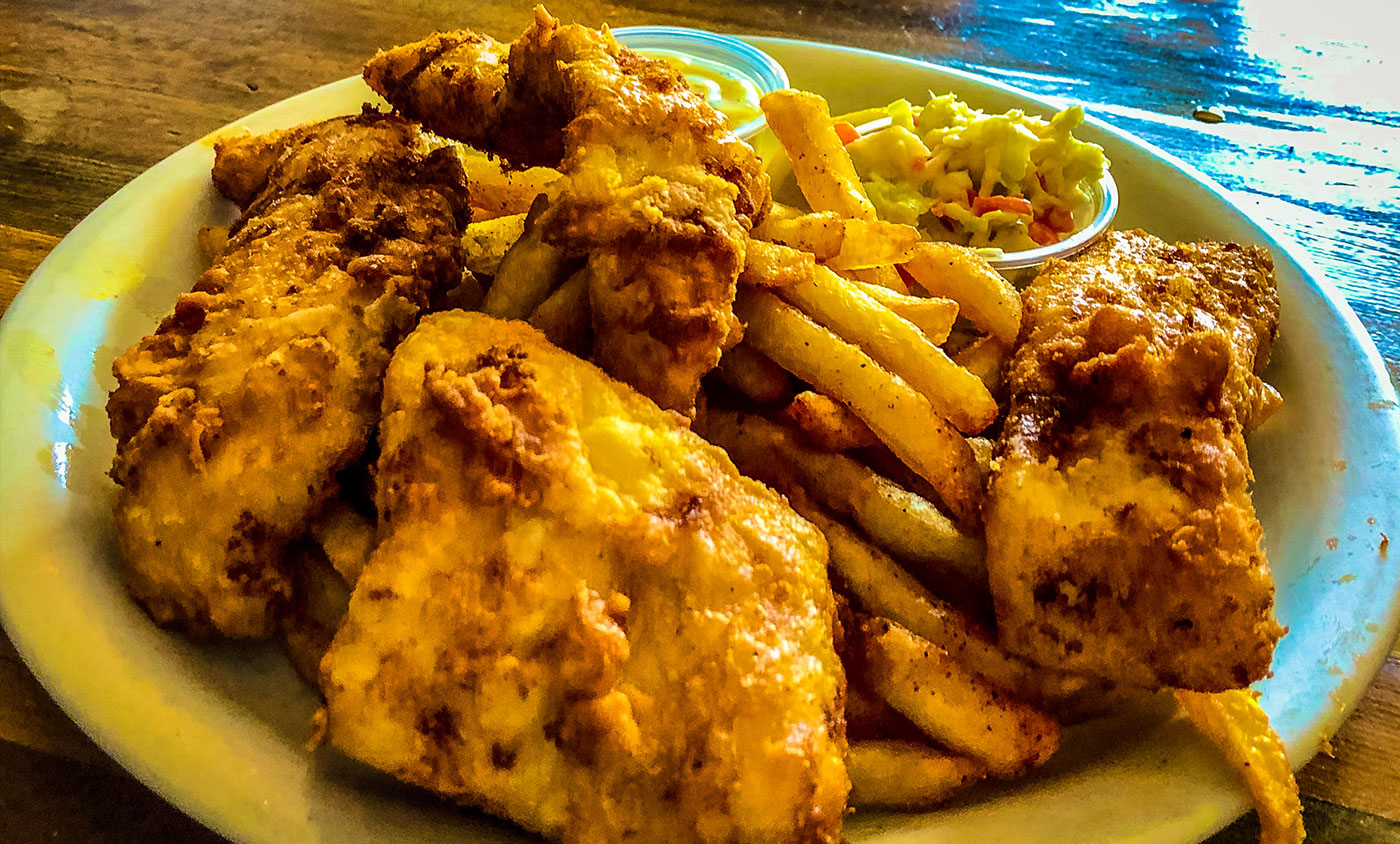 Need more time with sea life? The Crescent City Harbor Trail winds right past Ocean World. Stop into this bustling aquarium to get up close and personal to some sea creatures, including a sea lion show and several docile sharks. The Northcoast Marine Mammal Center is another option. With a focus on rehabilitation, you can visit some adorable “patients” and wish them well on their journey of recovery and eventual release. Shop the gift shop where all proceeds directly fund the precious marine mammals that are being cared for. As you follow Pebble Beach Drive northbound, you’ll catch a glimpse of the Castle Rock National Wildlife Refuge a half-mile from shore. Take out your binoculars and gaze at the Stellar and California sea lion colonies, northern elephant seals, and rare nesting birds that call this protected 14-acre rock home. 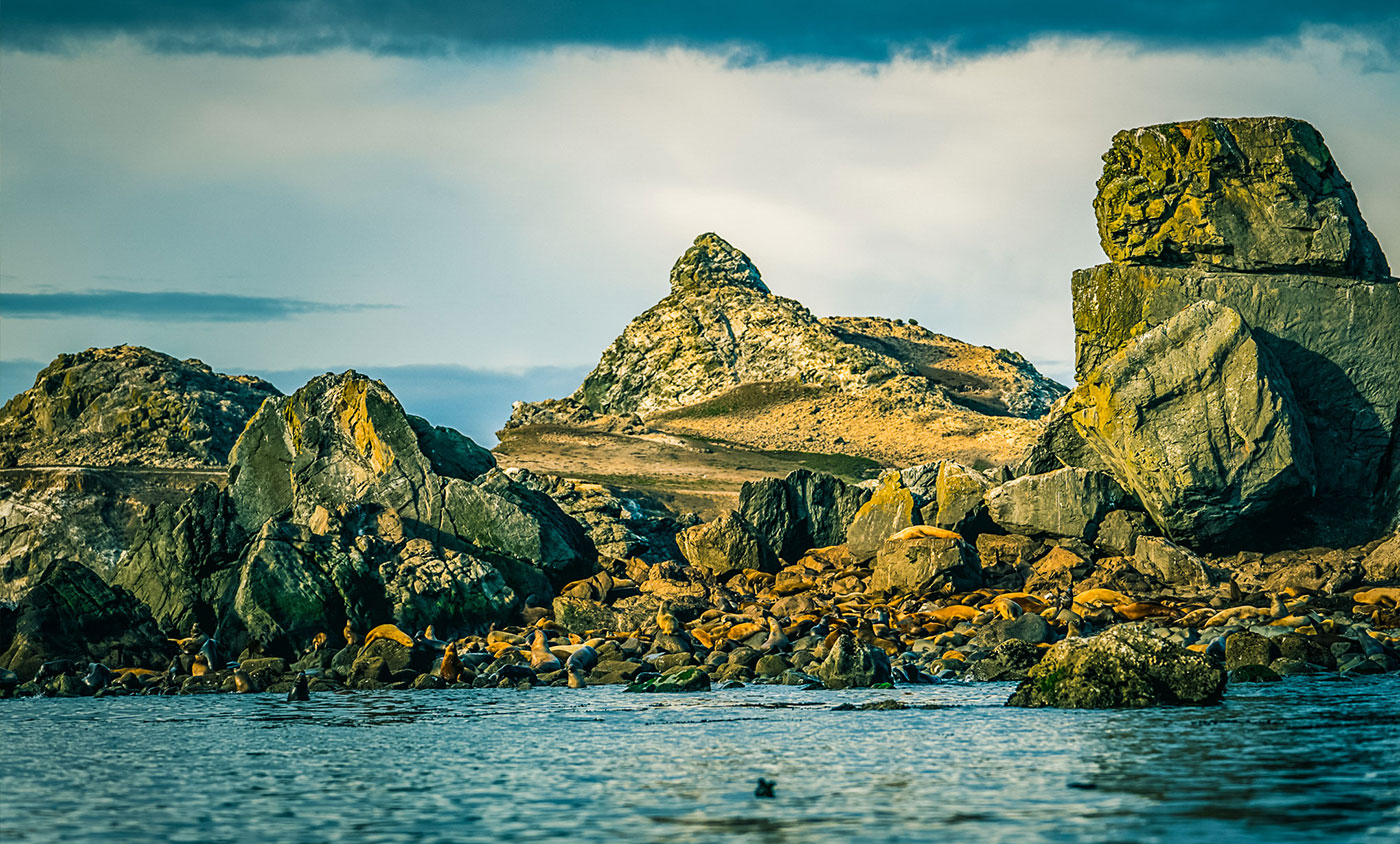 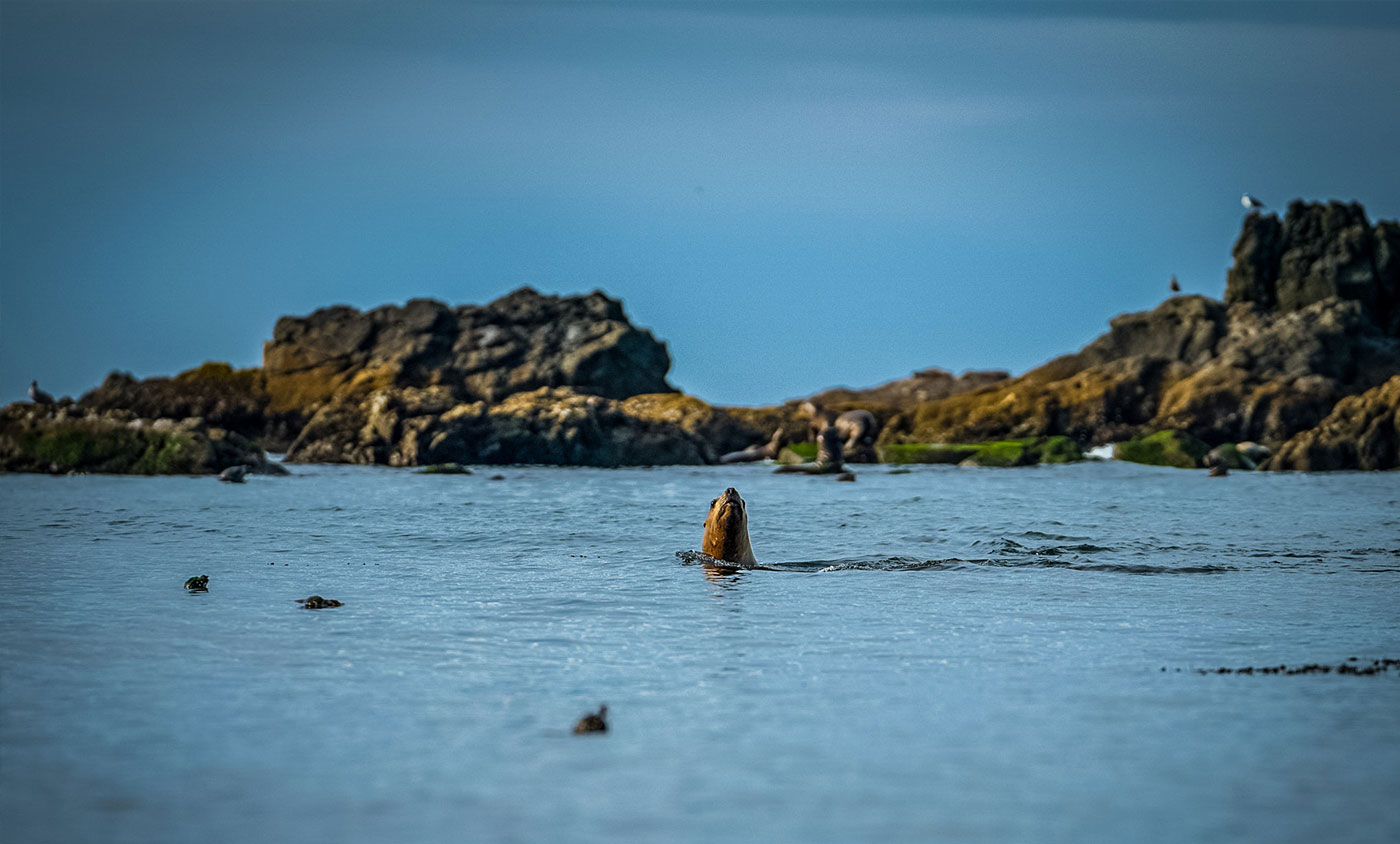 Down the way from the park is a must-stop watering hole. Grab a comforting snack, award-winning craft beer, cocktail or non-alcoholic kombucha at SeaQuake Brewing. Enjoy a pizza and a game of bean bag toss on their family-friendly and dog-friendly patio. 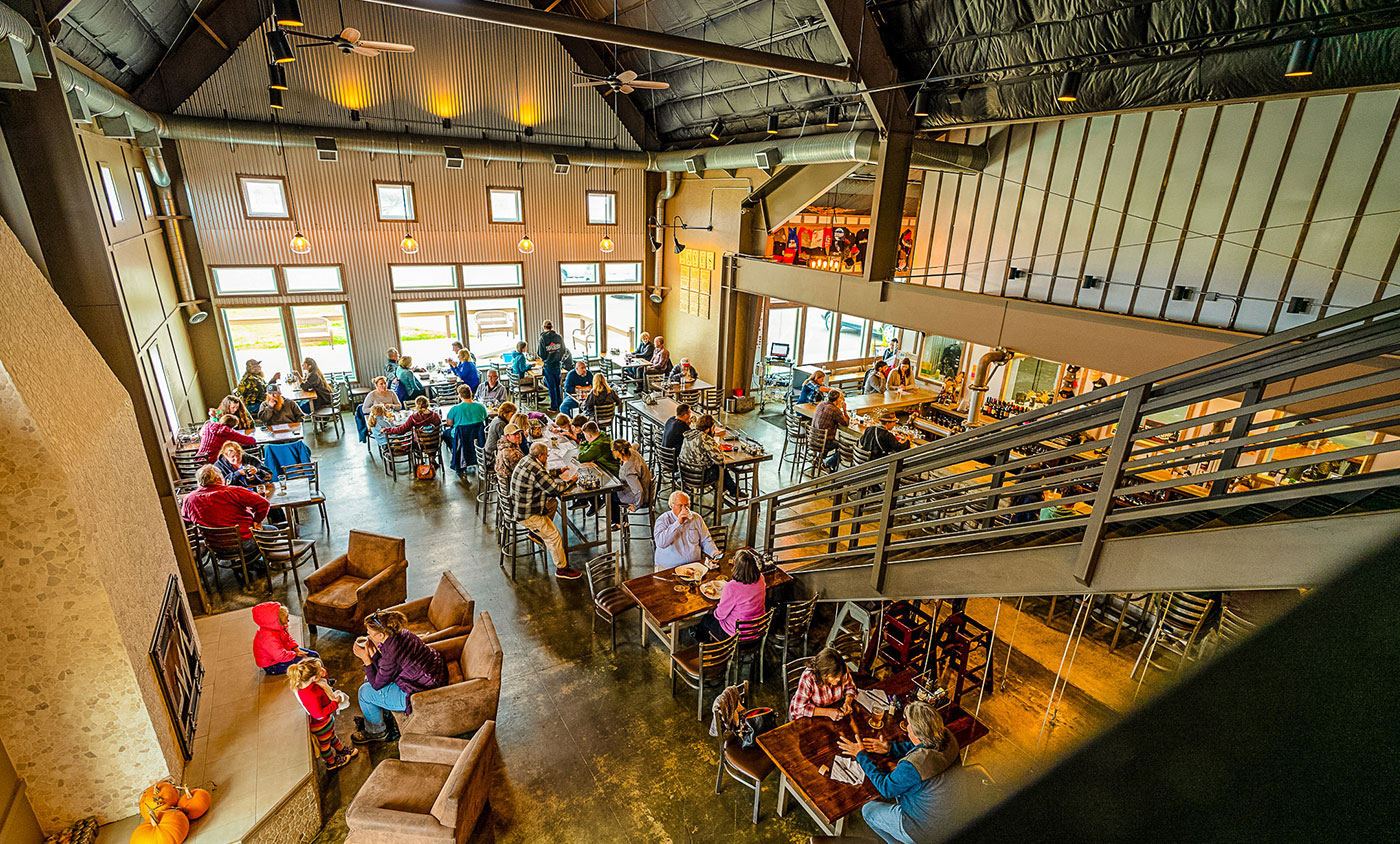 Toss a crab pot or cast a line from the B Street Pier in Crescent City. Crabbing, fishing, lazing in the sun, or just catching the sunset is popular from this 900-foot long pier extending into the Pacific Ocean. You don’t need a license for crab (two pots per person is the limit) and can rent crab pots from Englund Marine, located near Crescent Seafood in the Harbor.

A HISTORIC LIGHTHOUSE THAT YOU CAN WALK TO

Timing is everything on this next stop of the Harbor Trail. Built in 1856, the Battery Point Lighthouse is an architectural gem with a clean white façade and bold red roof. The lighthouse stands on a small island only accessible by foot at low tide. Guided tours of the museum inside the lighthouse are available on select days and hours. Look for current hours posted at the parking lot and check the tide times. 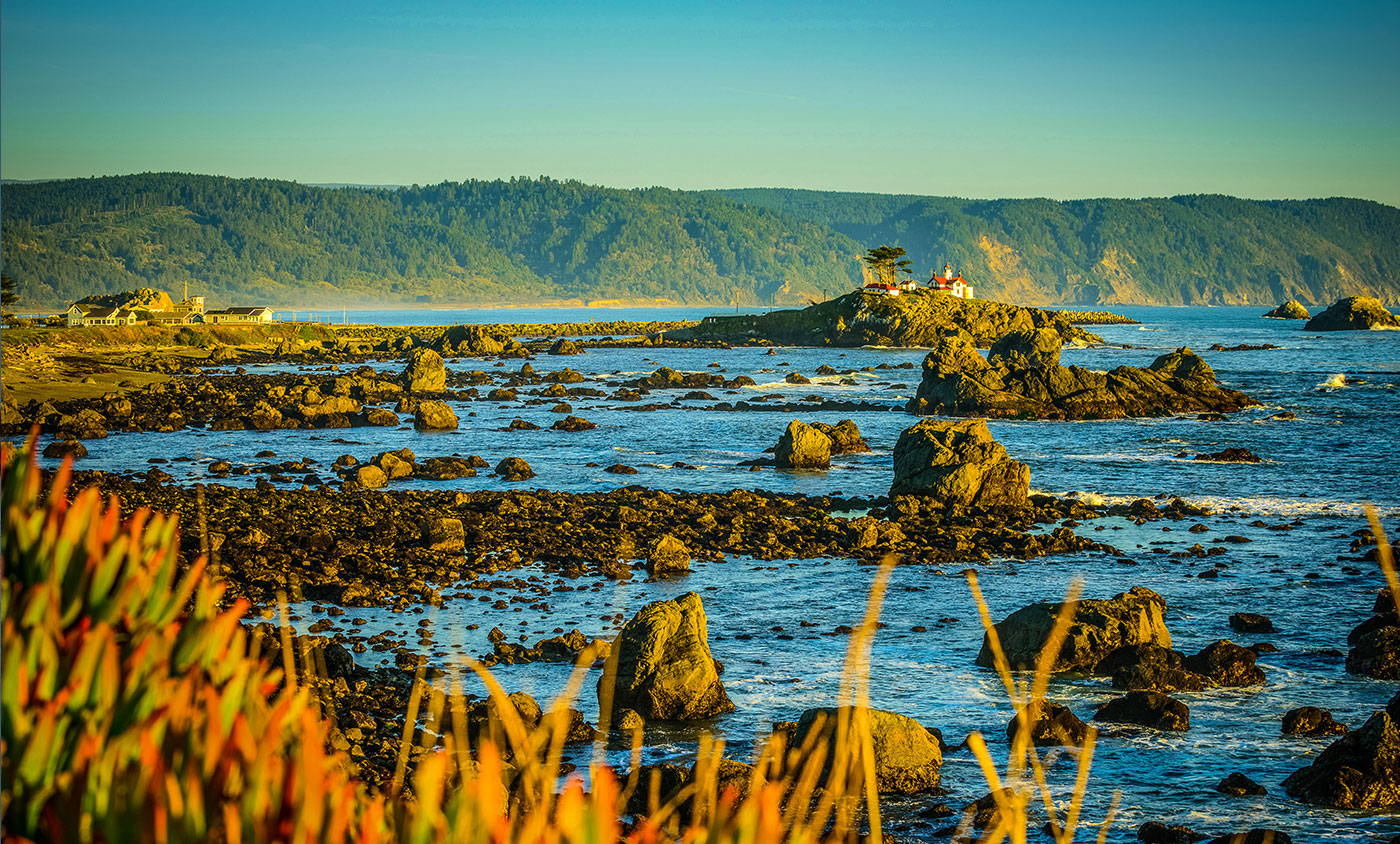 Battery Point Lighthouse is open to the public for tours of the interior. Tidepooling and whale watching are popular around the Crescent City lighthouse

The ocean views along the bluffs of Pebble Beach Drive are unforgettable. You’ll get the full rugged coast experience as you gaze over jagged coves and mysterious sea stacks. For a walk through time, stop into Brother Jonathan Memorial Park. This area honors the lives lost in the 1865 wreck of the Brother Jonathan Pacific Mail steamer ship. It’s a great place to take a break, watching for whales and thinking about the power of the ocean.

The Brother Jonathan shipwreck actually prompted one of the last stops on the Harbor Trail. The Point St. George Reef lighthouse sits seven miles offshore and was built on top of the rock that caused the steamer to sink. It’s now a beacon that guides ships safely to the harbor. The best place to view is north on Pebble Beach Drive. Take the 1-mile Point Saint George trail to enjoy beautiful wildflowers, wide shorelines and a view of this historic lighthouse.