The Story of the Kamome Boat: ​From a tsunami to sisterhood, one little boat’s journey across the Pacific created an unforgettable bond between Crescent City, California — home of the California Redwoods — and Rikuzentakata,​ ​Japan

Watch for Crescent City’s feature during the Olympic Games from Toyko on NBC! The next showing will be on Sunday, August 8 at 11 AM (PDT). Learn about the incredible friendship that was formed between two countries because of a tiny, barnacle-covered boat. Check out the full documentary on NBC’s Peacock TV.

WATCH THE PREVIEW
WATCH THE FULL DOCUMENTARY ON PEACOCK.TV

Many visitors arrive in Crescent City to see our enormous Redwood trees in the area’s Redwood National and State Parks, or visit our beautiful Pacific Ocean beaches and mountain rivers.

But we have another tale to tell: how two communities across the world from each other connected over a tiny, barnacle-covered boat. Learn about the Story of Kamome.

In April of 2013, a mysterious boat washed ashore in Crescent City. Having drifted upside down, the inside of the boat was engulfed in barnacles. Experts were called to examine the dingy and determined it was tsunami debris. They also discovered some Japanese characters after removing some of the barnacles. The characters read Takata High School. A quick search showed the high school was located in Rikuzentakata, a town that was all but leveled by a tsunami two years prior.

For being so far apart, Rikuzentakata and Crescent City have a lot in common. Coastal communities along the Pacific, they have vibrant fishing industries and thousands of towering trees. Rikuzentakata was known for a mile of shoreline thick with more than 70,000 pine trees. A 9.0-magnitude earthquake on March 11, 2011 created a tsunami that destroyed those trees, along with the entire community. These two Pacific communities now share a tsunami disaster within their histories.

In 1964, it was a 9.2-magnitude earthquake from Alaska that sent a 21-foot wave crashing over Crescent City’s downtown. More than 280 buildings and homes were destroyed and 11 lives were lost. Most of the downtown area had to be rebuilt after the tsunami, earning Crescent City the nickname Comeback Town, USA. Take the self-guided tsunami tour in Crescent City that tells the full story.

The Rikuzentakata tsunami took the lives of nearly 2,000 people, including 22 Takata High School students. Somehow, this little boat survived tragedy to float the Pacific for years before finding its way to America. Students at Del Norte County High School were drawn to help. They began restoring the boat. They found the boat had a name, Kamome, which means seagull in Japanese. Others made national and international phone calls to see if they could return the boat to the students of Takata High School.

Kamome was part of the high school’s maritime science class, giving Takata students a hands-on appreciation for the ocean. The boat had been just one of the many losses the community had to rebuild. But in such a difficult time, Takata High School received a call that students across the ocean wanted to help. Crescent City was inspired not only by Kamome’s travels, but the strength of Rikuzentakata. Del Norte County students and staff, as well as Crescent City officials, worked tirelessly to establish how to return the boat. The two communities collaborated, along with U.S. and Japanese embassies, to return Kamome.

In September of 2013, Kamome boarded a ship for Japan and in just under a week, found its way back to Takata High School. This exchange formed a bond between Rikuzentakata and Crescent City. Takata and Del Norte County High Schools became Sister Schools in 2014 and students from each school have traveled to visit the other. The students share their cultures during these visits, exploring language, cooking food and experiencing traditions. 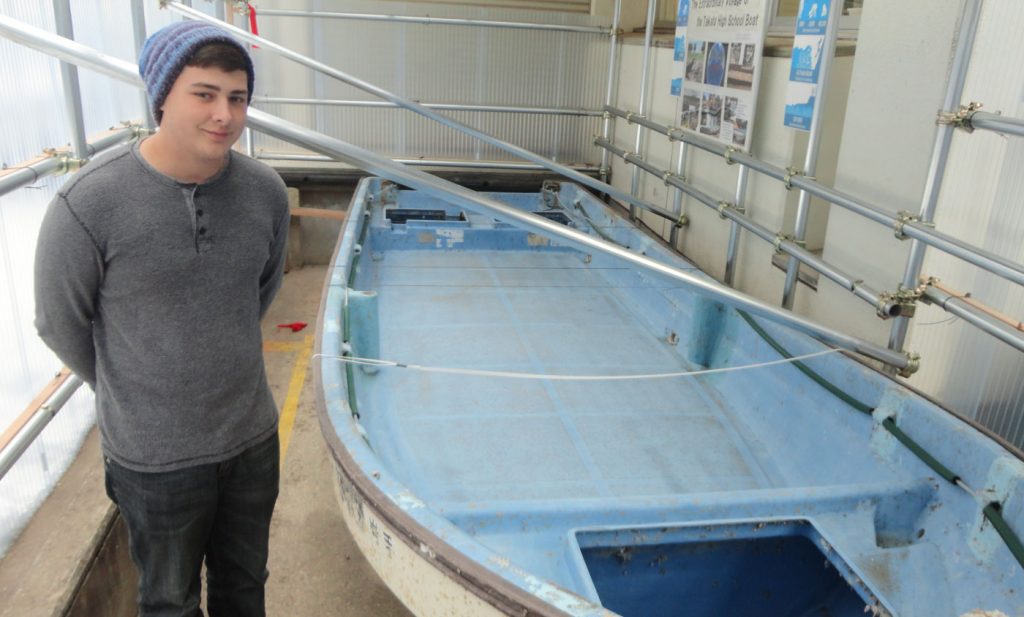 The students at Del Norte County High School demonstrated that a simple gesture can make our big world seem smaller and friendlier. And that kindness from a stranger goes a long way. Takata High School students and the Rikuzentakata community have shown true resilience, rebuilding their lives after tragedy. These two unlikely places have built a strong connection that is strengthened by every visit and cultural exchange. And it is all because of one little boat’s voyage across a vast ocean. 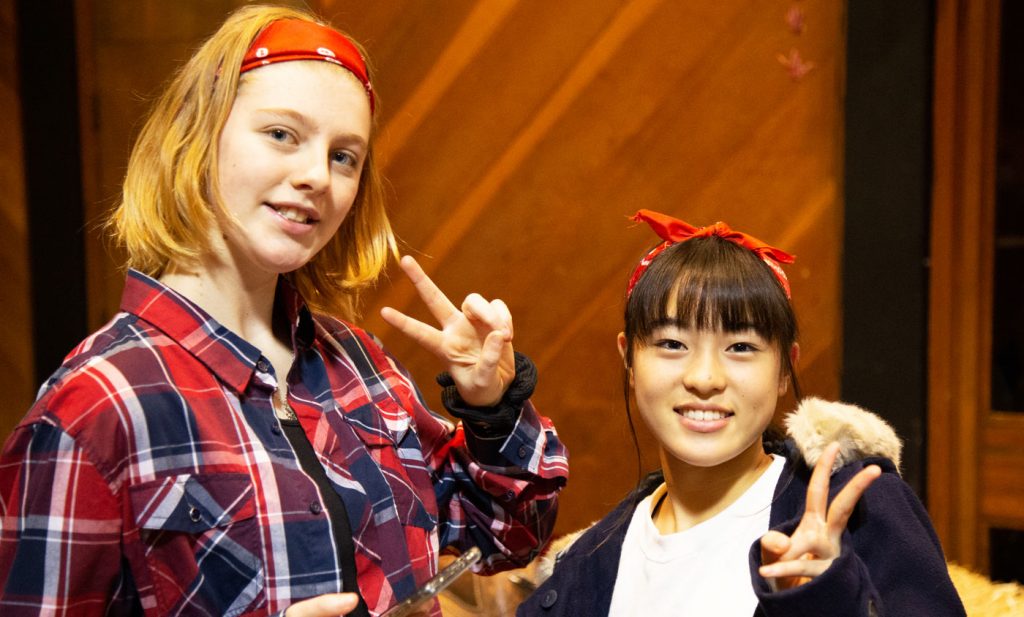 You can purchase this inspiring tale, ​Kamome. A Tsunami Boat Comes Home​, at the Crescent City – Del Norte County Visitors Center​ or online. With messages on preparedness, community and kindness partnered with beautiful illustrations, it is a great memento for your visit to Crescent City and all of Del Norte County. 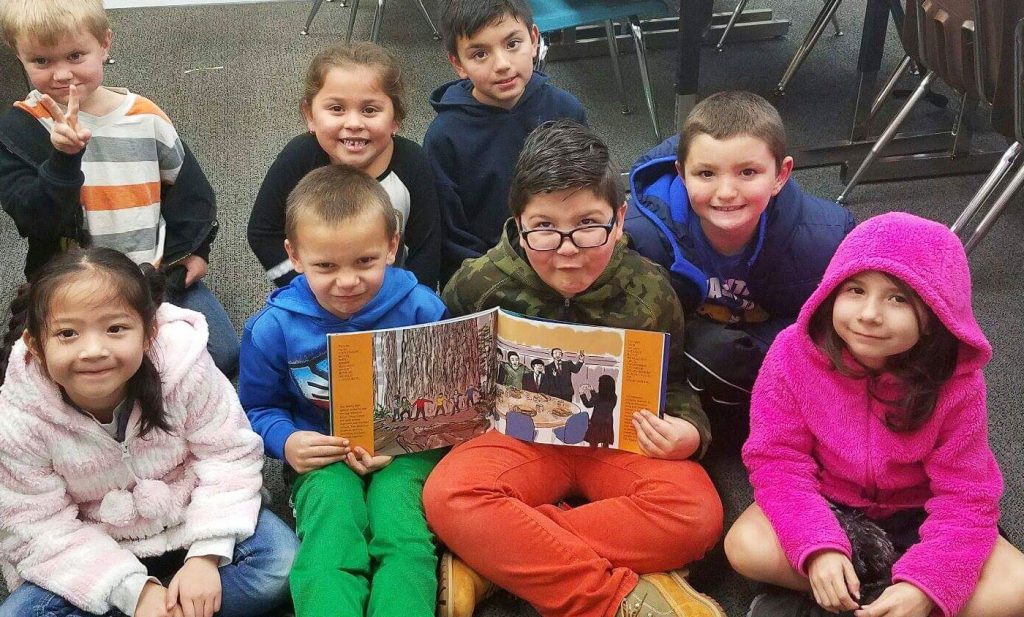 Officials from both communities continue to build the relationship, resulting in the mutual signing of a Sister City Agreement. The story continues to develop as relationships grow and strengthen. The California State Senate and California State Assembly both recognized the Sister City relationship in open session in January of 2019. Mayor Futoshi Toba of Rikuzentakata, who lost his wife in the tsunami, stated that this relationship has given him hope for the future of his community, and especially his children. 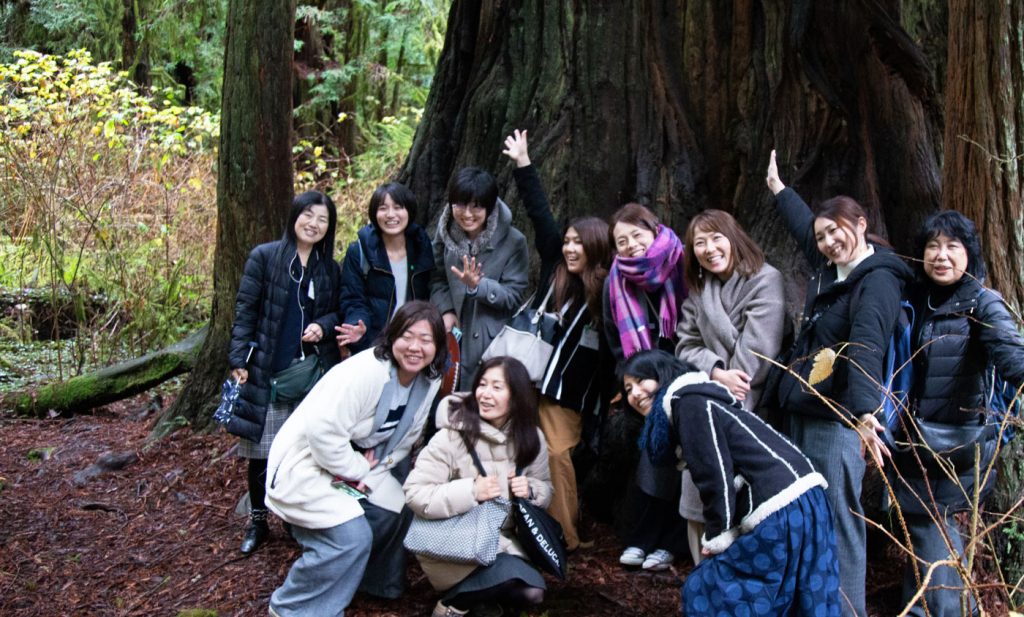 Travel opens your eyes to new worlds and new ways. It is an opportunity to recharge, and sometimes, to heal. Travel builds connections to places and people you never expect. A tiny boat from Japan showed Crescent City just that. We hope you will visit Del Norte County to experience the Story of Kamome for yourself. 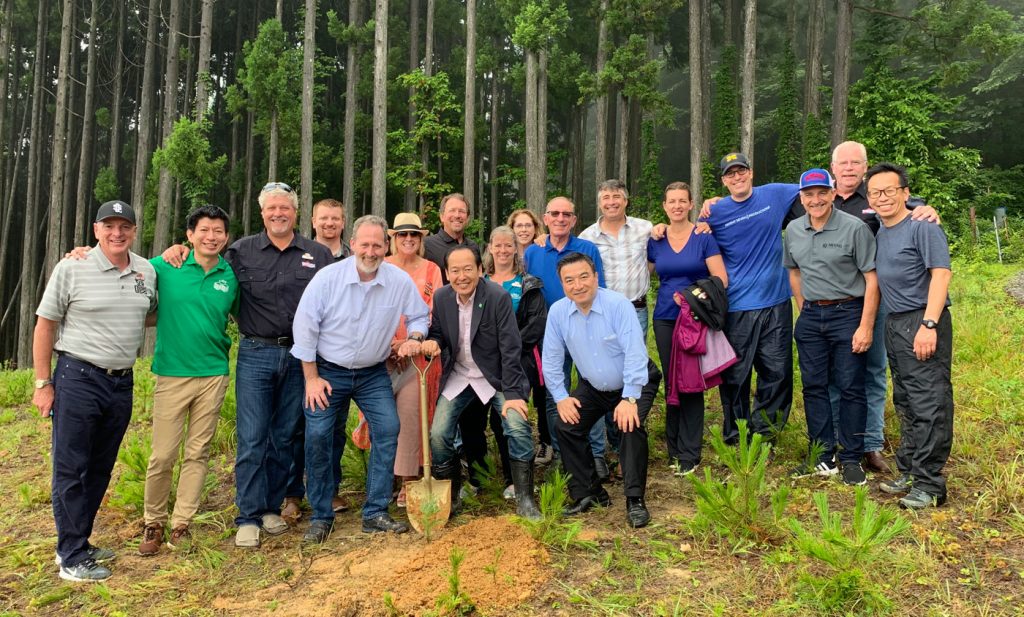 The Planting of the Redwood Gift Tree from Crescent City, California in Rikuzentakata, Japan

To learn more about the 2011 and 1964 Tsunamis that hit Crescent City, California take the self-guided Tsunami Walking Tour through Crescent City complete with interactive audio and video, and see the high-water marks on surviving structures along the way.